Colton is adopted.  It has been a journey that has stretched us and grown us.  It is a miracle story.

Colton’s birthmother chose us through a private agency.  We walked through her pregnancy with her, went to doctor’s appointments, loved her and ached for her circumstances.

Three weeks before he was born she found his birth-father and decided she would raise Cole.

We heard from her just after he was born, when she learned that she would not be able to raise him she asked that we adopt him . . .

Then she changed her mind again and wanted to raise him and have him go into foster care.  He did.  His goal was reunification with his birth mother.  We never got to see him or talk with her.  All the doors closed.

Four months later, on the day we were closing on our new home we received a phone call from the Department of Children and Families asking us if we would still be interested in adopting Cole.  We were overwhelmed and knew it was meant to be.

In January Colton’s birthmother, though she had been out of touch for months, went to a court hearing and requested an open adoption.  It was then that she found out he was with us, we were all excited and were ready to enter into an open adoption with her . . .

But after that day we have never heard from Darla again.  Once she knew he was with us, she never made contact with any one again . . .

We had agreed to letters and pictures and two visits a year.  We have been out of touch all of this time because there is no way to be in touch with her.

For Colton’s birthday week we spent time together as a family reflecting on Darla.  And Andrew and I wrote a letter to her, knowing she may never read it . . . hoping that someday we will see her again . . . .

A letter to Colton’s Birthmother:

June 2011
Dear Darla,
We think of you often and are still hopeful for the day when we will be able to be in touch regularly.  We named our little guy Colton Ian.  His name means, “from the dark town into God’s grace.”  We know that the months you carried him were challenging for you and that you carried him through the dark places into the light.  We named him to honor you.
Colton turned two, and there is so much we would like for you to know.  We have narrowed it down to three simple things . . .
The first is that he is healthy, Darla!  He is so healthy and active.  He loves running and climbing, and he hit all of his milestones.  He is a wonderful talker.  He learned baby sign language when he was little, and once he started talking he added words to his vocabulary daily. We know how hard you worked to help him start off in the world in a healthy way, and he is healthy.  Thank you for all that you did do to protect and care for him.
We also have longed to tell you that you were most certainly right . . . you told us that you knew he would be a happy little boy, and he is!  He is such a happy little guy.  Colton finds the joy in everything.  He loves laughing and singing and hugging.  He wakes up happy and goes to bed happy.  And if something happens during the day that is hard, he finds a way to joy so quickly.  He shares with other children, and if they bump him or knock him down, he is quick to get back up and find joy.  You knew him.  He is just as you said he would be, he is a happy boy.
And we want you to know that he carries pieces of you.  We see you in him all the time.  When we first met him we could see you so clearly in his four month old face.  And to this day we can see you and we think of you.  I think he carries the best of you in him.  We tell him about you and how you loved him and wanted him and protected him.  He knows your name.
So as we celebrate Colton turning two, we also celebrate you, his birthmother.  We celebrate all you sacrificed to bring him into this world.  We believe that the world is a better place with him in it.  He is amazing.
We all miss you.
Love,
Andrew, Liza, and Colton

Halibut Point is a special place in the world.

One walks through a wooded path up to this view: a fresh water quarry, and just behind is the Atlantic.  It is a beautiful spot.  Andrew and I have walked around the quarry together since we first started dating.  It was here that we decided to jump into the adoption process.

And it was to Halibut I went when I learned that the birthmother we were working with, Darla, had decided not to put her little boy up for adoption.  That was June 1, 2009.

On that day, as I prayed, I sensed that Darla’s baby boy would still come to be a part of our family, that we were still at the beginning of a journey.

We did not know.  Darla went to the hospital alone, informing no one. No one was there to celebrate his birth.

When we learned, a week later of his arrival, he and his birth-mother were separated.  He spent his first days in this world in the arms of nurses.  We thank God for those nurses.

We longed for him, fought for him, begged for him.  And all along I remembered that day on June 1, when I sat at Halibut Point on a granite bench and held the peace that he was going to be coming to us.

On August 1, all the doors shut.  We were told that we would never be permitted to adopt him, even if he did go up for adoption.  And we let go.

I never knew what to do with “the knowing.”  I let it go.

And then five months later we got a phone call and he did come to us.  We brought him to Halibut, many times.  And last year when we dedicated him and celebrated his first birthday, we brought our family and friends to Halibut Point as well.

It was a sacred day.

Cole and I returned to Halibut together for my fortieth birthday.

And we kicked off his birthday week with a trip up to the granite bench where I sat and felt as if God was assuring me that one day Colton would be our little guy. 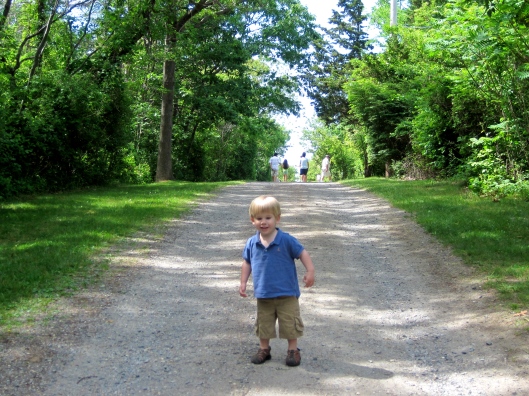 I love that when he saw the bench he ran to get on it.

I explained to him that it is our bench, our special spot.

I told him about his birthmother and how he is adopted. 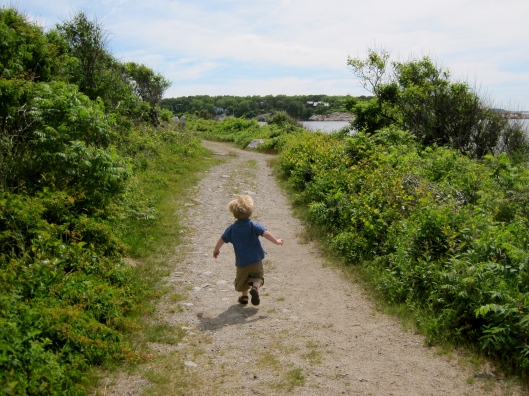 And then he was off and running again.

Our first week of summer has an easy theme . . . it is BIRTHDAY WEEK!  Cole is learning about his birthday.

Judge Lewis and his clerk Colton would like to let you know that it is official!

We drove into Boston with Mimi and walked up to the Courthouse. 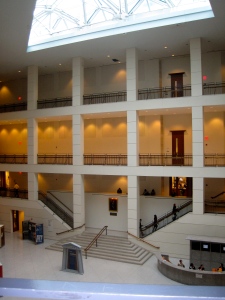 And waited in this big open area while everything was prepared.

Cole enjoyed the view from the Ergo and was very patient while we waited.  He is holding a present, a little monkey, given to him by his lawyer, Nancy.

We were brought into a courtroom (that’s Cole’s caseworker Julie on our left).  Diane went over the paperwork with us.

While the judge read all of the court documents, Colton was invited to run around and even sit in the Clerk’s chair. 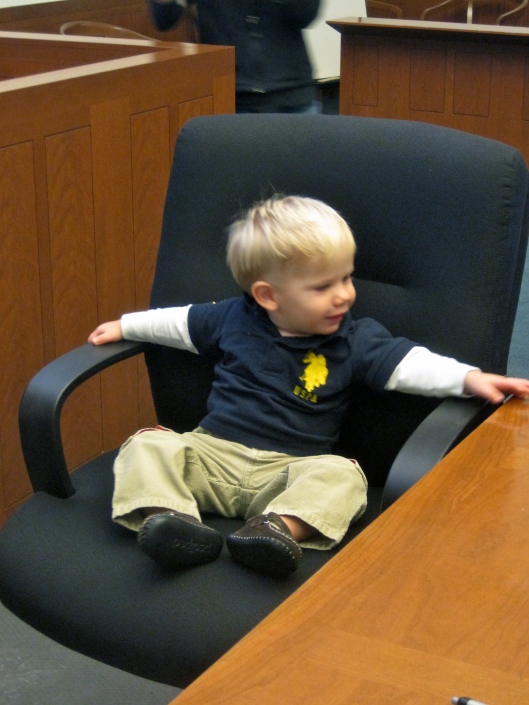 Then the judge invited us up to his bench.  He gifted Cole with the book The Lorax by Dr. Seuss and gave Cole a stuffed Lorax.

And then he pronounced it officially.  Colton is our little guy.

What a wonderful day for the entire Sharpteam. 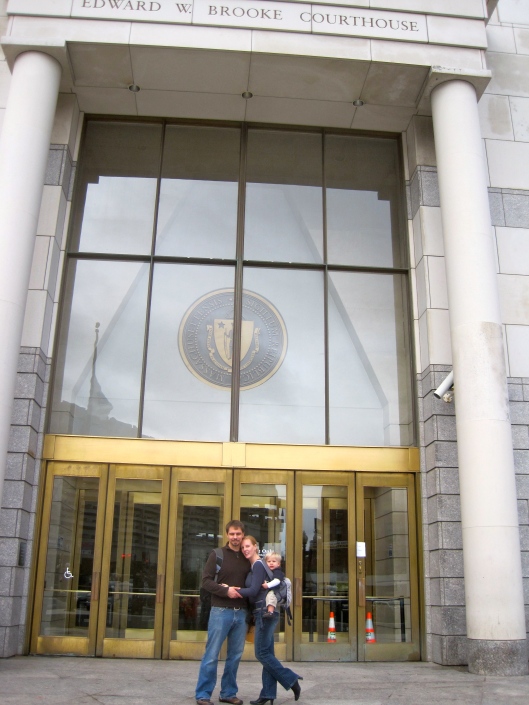 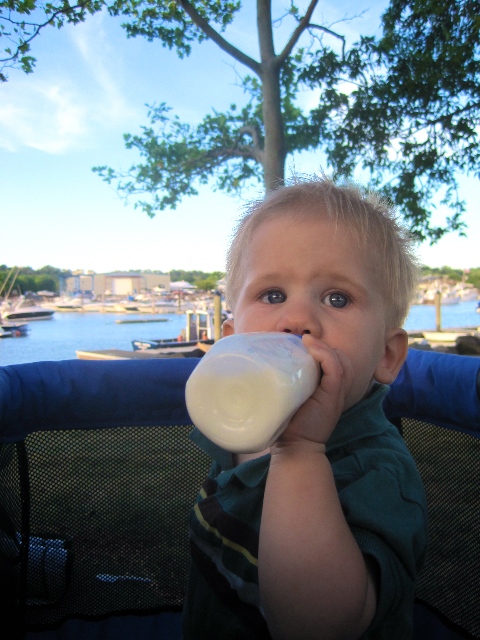 Liza and I love to adventure, we always have. When we started thinking about adopting, we weren’t sure if we would still be able to go on our expeditions. Thanks to some great baby products like this baby bjorn travel crib, and to one of the best little guys on the planet, our adventures continue and Cole gets to travel with his own little room.  Here’s to an adventure filled life.

We have changed our mind three times today.  The name thing is not quite there . . .

We have decided he is not a Canaan, though we love the name and adore the meaning.

Here is the struggle:

Whatever we name him, his middle name will be “Ian.”  It is his given name, it means “God is gracious” or “God is forgiving.”  We love including it and grafting in a piece of his birthmother into his name.

If we name him Malakai we will call him Kai.  We love the name Kai.

If we name him Jaxon we will call him Jax or Jack.  Jax is a little crazy and Jack a little common, trying to figure that out.

Jaxon and Ian are both derivatives of John.  His name would mean something to the effect of “God is gracious, God is forgiving”

The meaning of Colton is “From the dark town”  this can be a downer of a meaning, but there is truth in it, this baby went through it in the womb.  He survived a lot and came out so healthy and happy.  Colton Ian would mean “From the dark town into God’s grace.”  Pretty good.

We never thought we would be these parents.

But here we are, naming him in community.  And we are finding that we love that.


We would love to see which name you all like best. Please leave comments as to why you like a particular name, but please don’t try and talk us out of any of them : )


Still hoping for a name by Monday.

Everything went smoothly this morning.  We made it into Roxbury through traffic early, found a parking spot right next to the building, the rain the cleared and baby (yet-to-be-named) was placed in our arms.

He is home with us, happy, eating, laughing.

We are looking for just the right name for baby boy . . . hoping to find a name that is unique and not one of the top ten boy names . . . hoping to have him named by Monday.  Please offer any and all suggestions. 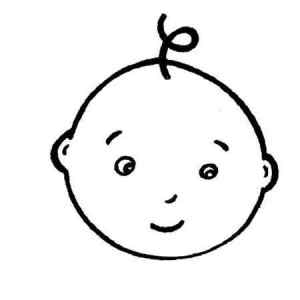 It is also the day that the Sharpteam is planning on bringing home a baby boy.

We met little happy, hefty, baby last Friday, and the plan is to bring him home as our Foster Child while we walk through the next months as pre-adoptive parents (no adoption is official on day one).

He is almost five months old, has been living with a foster mom in Dorchester.  We will be meeting her and picking him up on Friday morning.  And then we will be entering the great unknown (that so many of our friends and family have walked through).

So we are soliciting advice.

Please, let us know what we should be doing – we are figuring out what a five month old does, eats, likes, dislikes . . . and we need to name him.

If you would like to see our first couple of pics from last week’s meeting, we are publishing those privately, let us know and we will send you a password so  you can see the private posts on here (as a foster child we cannot post here).

So appreciating our friends and family.  We will keep all updated here.